For the Second Year in a Row, Women Represent 7 of Top 10 Annual Skillz Winners!

Skillz, earlier this year, announced the mobile eSports top 10 athletes of 2018. The top 10 competitors won more than $8 million in combined prizes. But, 7 of the 10 rankings claimed by women. 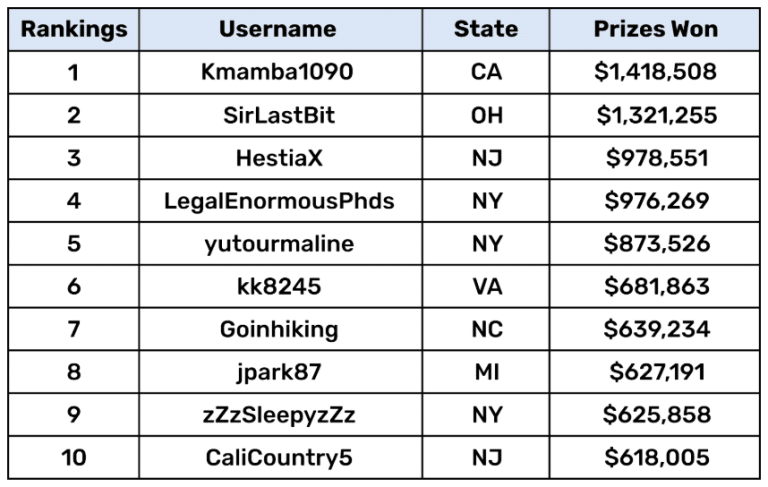 “When I first started competing on the Skillz platform, I never realized this was something I could do professionally,” says Jennifer Park (jpark87), a college engineering student from Westland, Michigan. “The prizes I’ve earned from playing Skillz games have helped put me through college.”

The mobile gaming industry is projected to grow into a $70 billion market in 2019, accounting for over half of the $138 billion gaming space. As the industry’s revenue has increased, competitive gaming prize pools have also grown in tandem. Prizes from eSports tournaments such as the “Dota 2” International topped $25 million last year. Therefore, now more than those of well-respected offline sports events such as the Indy 500 and the Masters.

According to eSportsEarnings.com, global eSports prize pools grew 31.5% from 2017 to 2018. In comparison, the top 10 Skillz competitors generated over a 300% year over year increase in prizes won. But, the top player ranks #6 on the list of highest-earning 2018 athletes across the global eSports industry.

“Top mobile eSports athletes bring the same inspiring dedication you see in world-class NBA or MLB players to our increasingly digital world,” says Andrew Paradise, CEO and founder of Skillz. “Similar to how radio and television revolutionized the future of sports, Skillz is using mobile technology to do the same for eSports.”

Skillz was recently recognized for disrupting the technology industry and shaping the future of eSports. Therefore, being named to both the 2018 Forbes Next Billion-Dollar Startups list as well as the 2018 Entrepreneur 360 list. The company also reported doubling its revenue run-rate twice in 2018 to a current total of over $400 million.

The eSports top 10 athletes for Skillz are ranked based upon total tournament prizes won by each player, excluding any entry fees paid to enter those tournaments. For more information on Skillz-enabled games and implementing mobile eSports competitions, visit www.skillz.com or email launch@skillz.com.

Skillz, the leading mobile eSports platform, connects the world’s 2.6 billion mobile gamers through competition. In 2018, Skillz was named to Entrepreneur Magazine’s 100 Brilliant Companies, Forbes’ Next Billion-Dollar Startups, and the Entrepreneur 360. Skillz has also been named the #1 fastest-growing private company in America by Inc. Magazine and a CNBC Disruptor 50. Over 18 million gamers use Skillz to compete in mobile games across 13,000+ game studios.

Founded in 2012, Skillz is headquartered in San Francisco and backed by leading venture capitalists as well as the owners of the New England Patriots, Milwaukee Bucks, New York Mets and Sacramento Kings. To learn more, visit www.skillz.com.